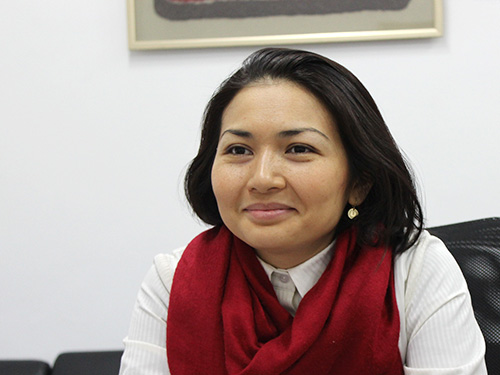 Asel Murzakulova: Dear Reader this publication continues our series of interviews, dedicated to critical comprehension of the social processes in Kyrgyzstan. Today we are talking to Dr. Charles Becker of the Duke University. Dr. Becker has been working in Central Asia since 1995 – in 1998-1999 he managed an ADB’s technical assistance project in Kyrgyzstan (pension reform), and in 2000-2006 he provided consulting support to the Kazakhstan Actuarial Society and various government and international bodies leading pension reform in Kazakhstan . We are also talking to Susan Steiner, who is a Development Economics Professor at Leibniz University of Hanover. Dr. Steiner studies countries with transition economies, focusing on the economy of households and social networks. Over the course of the last year our guests have published findings of a research (which I believe to be unique), dedicated to social and economic impacts of ala-kachu. Research results were presented in the “Life in Kyrgyzstan” conference organized by University of Central Asia. While the problem of ala-kachu has been extensively studied by anthropologists and sociologists, the research, exercised by our guests, is unprecedented, as they use statistics to prove negative economic implications of ala-kachu for the society.

Dear Susan and Charles, thank you for your time, and welcome to “Mongu” Club!

By studying economic and social implications of ala-kachu, which you present in your research report, you have come to some important conclusions – first of all, those who believe that ala-kachu is a way to create a close-knit family are mistaken, as the divorce rate, as it pertains to families, established through this particular practice, is twice as high as in families where women reported to be married through love or arranged marriage. Another very important conclusion is that the birthweight of children, born into marriages resulting from ala-kachu, is 80-200 grams less than the birthweight of children, born into families, where women reported to be married through arranged marriage that birthweight is a reliable predictor of physical and mental development of children, i.e. children with lower birthweight are more likely to have developmental difficulties. You ascertain that along with such factors as malnutrition and insufficient birth interval, infant weight is also impacted by the stress that the woman suffers as a result of ala-kachu. Please elaborate how you have come to this conclusion.

Susan Steiner: There are several possible explanations for the lower birthweight among children in ala kachu marriages. The mothers of these children could receive worse nutrition during pregnancy compared with other mothers, they could have shorter birth intervals, they could have less access to prenatal care, they could suffer more from domestic violence, they could be more obliged to do extraneous physical work, and they could experience more psychological stress resulting from having to share a life with a spouse whom they did not choose. All of these points can lead to lower birthweight and it is hard to know which of these explanations holds. Yet, we can rule out some of them. We can observe that birth intervals are not shorter for women in ala kachu marriages and that these women do not perform more physical work than other women. So, nutrition, access to prenatal care, domestic violence, and psychological stress remain and they are all plausible. We still believe that psychological stress is the most important explanation because the divorce rate is twice as high among ala kachu marriages. We also observe that, among women who are still married, satisfaction with family life is lower and the prevalence of depression is higher among women in ala kachu marriages.

Charles Becker: Such women are under greater stress, are unhappier, have less in common with their husbands, and are more likely to get divorced.

Asel Murzakulova: For me, the conclusions of your research are very important because they show the negative consequences of this practice for the future, for children, for the whole nation. In our local discourse this problem very much discussing and much was done by civil activists to fight against this kind of crime. I'm curious how you came to this topic, why did you start studying ala-kachu?

Susan Steiner: Charlie and I have both been travelling to Kyrgyzstan for several years. As you say, there is an extensive discourse on ala kachu in this society and many people told us about their experiences. Some people said that it is merely a tradition while others seemed to be convinced that ala kachu is a form of forced marriage. We started to wonder whether we could address this contradiction by measuring the effects of ala kachu. If we had not found any difference in birth weights, we would have had to conclude that marriages resulting from ala kachu are not different from other marriages. However, the evidence is clear: Birth weigth is lower, which is an indication to us that many, though not necessarily all, ala kachu marriages are different.

Asel Murzakulova: As is well-known, labor migration is an important economic process in Kyrgyzstan. Have you established any correlation between labor migration and how men and women, who have this experience as labor migrants, choose their marriage strategies – that is ala-kachu, arranged marriage, marriage by mutual consent?

Charles Becker: This is an excellent question. Unfortunately, the empirical evidence does not permit us to link labor migration to type of marriage. There are several reasons for this: labor migration is fairly recent, so that it will be highly correlated with wife’s (and husband’s) age, and hence we do not know whether marriage type is caused by labor migration or other recent events. It is also possible that labor migrants differ in terms of a range of unobservable characteristics that are correlated with marriage practices. We could try to explore causality for more recently married people, but have not done so yet – and doing so will be difficult if we want to show causality rather than correlation.

Asel Murzakulova: The study covered respondents with different levels of income. Have you established any differences between women from wealthy families and women from poor families, as it pertains to the risk of being abducted? Can you say that the level of education of the woman and man is also a factor? Are there any territory-related aspects of ala-kachu? If yes, how can you explain it?

Charles Becker: What is striking is that ala-kachuu occurs across a wide range of social strata. Empirically, less educated women are more likely to have been abducted in the past, though this is hardly the only factor at work. This also seems to be less important today. Of course, one reason for this is that we focus our analysis on non-urban areas where there is less variation in education or social heterogeneity. Risk of being coercively abducted is much lower in urban areas, and especially in Bishkek. Thus, at a national level, women from poor families are at greater risk. But, we were surprised by the wide-ranging extent to which the practice exists.

That said, there is enormous variation across regions in Kyrgyzstan. Abduction is much lower in urban areas, and tends to be lower in culturally diverse regions (Batken, Dzhalal-Abad). The incidence is highest in Naryn and Issyk-kul. Across raions, we see that the practice persists over time: the risk of a young woman being abducted today is strongly related to the prevalence of ala-kachuu in older generations, even controlling for other factors.

Young women from elite families of course have greater protection from their parents and hence from state resources – kidnapping the daughter of the akim or someone who is very wealthy is a poor idea. We believe from economic theory (but do not have clear empirical evidence) that non-consensual abductions are likely to take place roughly within the same social class.

Asel Murzakulova: In your study, you give a characterization to men who marry via ala-kachu as unattractive and not trusting other people. Along with this, you also recognize that this practice is not alien to attractive men too. Do I understand correctly that in this way the individual characteristics of the men do not determine his choice of the marriage strategy and the rules are set by the authority of the older generation and the economic rationality of the ala-kachu for the rural communities to which you also refer?

Charles Becker: Individual characteristics of men influence but do not completely determine the form of marriage. Extroverted, energetic, socially popular young men are more likely to know young women to whom they are attracted, and hence are likely to propose marriage. They are also more likely to have these proposals accepted.

As economists would say, “attractive” young men have lower search costs for finding a wife in love marriage, and so they will be more likely to have a love marriage. But, of course, not all attractive young men will be successful (for many reasons: they may not be ready to marry when their parents want them to and so may not have been actively pursuing young women, or they may be attractive themselves but choose girlfriends badly, leading to vetoes by their parents, and so on) and so some of them will end up capturing a bride.

Epidemiologists would say the same thing more succinctly: attractive men have a higher risk (“hazard”) of marrying for love.

Asel Murzakulova: In your study, you also note that legislative prohibitions are not very effective in eradicating this crime. What advice would you give to organizations and activists that address this issue?

Susan Steiner: It is good that Kyrgyzstan increased the maximum penalty for ala kachu in 2013. But as long as people believe that ala kachu is merely a tradition without negative consequences, the legal provisions will not be effective. I believe that a change in the minds of people is crucial. When people realize that ala kachu has negative consequences for the children and possibly even for their grandchildren, they will hopefully start to file claims against the kidnappers. We hope that our research findings will help to achive such a change in the minds of people and we invite all interested organisations and activists to refer to them and to get in touch with us.